The defunding of one of India’s biggest health NGOs over accusations of financial mismanagement made headlines recently. In terms of healthcare, will such actions do more harm than good? 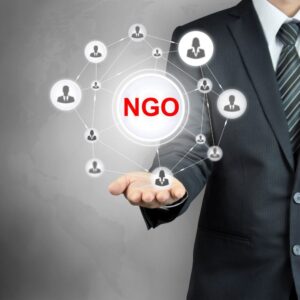 The Public Health Foundation of India (PHFI)  had its licence for foreign funding revoked in April. As Health Issues India noted at the time, the move came after India’s Home Affairs ministry raised questions regarding its usage of donations for HIV/AIDS programmes on anti-tobacco lobbying in Parliament. and AIDS.

The license has been suspended until issues regarding the PHFI’s involvement in anti-tobacco campaigning, as well as work on HIV/AIDS and their financing have been investigated. A senior figure of the PHFI expands on the issue, mentioning that all relevant data has been sent to the ministry of home affairs.

The PHFI supposedly misrepresented the funds – believed to total  ₹43 crore (430 million rupees or about US$10 million), and primarily supplied by the Bill & Gates Foundation – as “research grants”. The money was intended to be used for tobacco related projects and HIV/AIDS, but was supposedly used for anti-tobacco lobbying within parliament. This is problematic because the PHFI is tax-exempt. This would also mean foreign funding has been reallocated for purposes other than what submitted financial reports state and so could be deemed illegal.

Claims of misreporting of financial contributions from outside India extend even further than this, to allegations that bank accounts were set up without being disclosed to the Ministry. These bank accounts allegedly were used to transfer money outside of India. Currently these claims are purely accusation. The PHFI were quick to release a statement establishing that the relevant financial data had been submitted to the Ministry.

Since coming to power in 2014, the Modi Government has revoked foreign funding licences for more than 10,000 NGOs. A recent example of this which caused a large degree of controversy was the crackdown on Christian charity, Compassion International. Despite five decades spent providing aid to children living in poverty, the government claimed the charity had engaged in “anti-national” activities, with many believing this to be an accusation of religious conversion being the goal of the charity.

Some charities, such as the Ford Foundation, were found to be violating FCRA laws set out in 2010. A home office spokesman stated “Among the violations noticed, it was found that the Ford Foundation had been involved in funding non-FCRA registered entities which amounts to serious violation of the FCRA 2010 law”. This being the case from a legal perspective, the government is well within their rights to cut funding from the Foundation.

Closing down organisations such as these has brought about a debate. This debate can be framed perfectly by a statement made by Finance Minister Arun Jaitley: “doing good work as a civil society organisation does not give immunity to work outside the legal system”.