You are here: Home / Featured / One in five Indians will have liver disease

Liver disease is set to affect 1 in every 5 Indians says Associate Consultant, Gastroenterology and Hepatology Dr Amrish Sahney. One million (ten lakh) patients a year are now diagnosed with liver cirrhosis in India – many because of lifestyle choices. 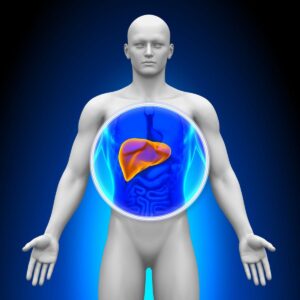 This is due to lifestyle choices, in particular consistent consumption of alcohol, adding to previously known causes of the liver related diseases such as hepatitis. As with many other lifestyle related diseases such as heart disease, a decrease in the quality of diet and sedentary jobs with little exercise involved in daily routines puts an individual at heightened risk for complications.

Liver cirrhosis is a hallmark symptom of many liver conditions. Defined as the buildup of scar tissue within the liver from prolonged periods of damage (hepatitis B and C or alcohol being common causes), it is a non-reversible condition which can severely impair the function of the liver. It is possible that if the scarring becomes extensive the liver will stop functioning altogether, causing liver failure.

Experts have found that the prevalence of non-alcoholic fatty liver disease (NAFLD) has increased 40 percent in India over the last decade. As the name suggests this condition is independent of alcohol consumption, occurring through poor diet. The disease is associated with a high intake of carbohydrates and fat, with low levels of protein intake.

NAFLD can eventually progress to cirrhosis, continuing then to cause liver failure. While alcohol related liver diseases currently comprise 50 percent of all cases, NAFLD is quickly catching up to be just as prevalent at 30 percent.

In either case, once a patient has severe cirrhosis the life expectancy is around two to three years without a liver transplant. The situation regarding liver transplants mirrors that previously noted on Health Issues India of the kidney transplant market. For kidneys there is a mass shortage of transplants being performed, with most sourced from living people, rather than cadavers. This has led to a thriving black market.

Liver transplants also follow this trend, with 97 percent of transplants sourced from living people. This is despite the simpler and more effective transplant methods of sourcing from cadavers. The number of operations occurring, much the same as with kidneys, is far fewer than is needed.

With diabetes genetically more prevalent amongst the Indian population, leading to high obesity rates in those affected by the condition, vulnerability to developing liver conditions is a serious concern. Non-communicable disease (NCD) is quickly becoming a huge concern in India, liver disease is now counted amongst the most common causes of death, alongside other NCDs such as heart and kidney failure.