You are here: Home / Interviews / Exclusive interview with Dr. Harald Nusser: NCDs and the role of young people 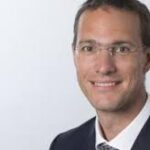 This year, on August 8, the Association of Southeast Asian Nations (ASEAN) celebrates its fiftieth anniversary. In Phnom Penh, Cambodia, the World Economic Forum convenes a meeting of ASEAN countries, allowing senior decision-makers from a range of sectors to “facilitate greater collaboration between industry, government and civil society, and to work on shaping the brightest future for the region’s young.”

In line with this, Health Issues India has had the opportunity to interview Dr. Harald Nusser, global head of Novartis Social Business, who offers some thoughts about noncommunicable diseases (NCDs) and the challenges they pose for young people in ASEAN countries. In discussing these trends, he also identifies some ways those problems translate to India.

If you look at World Health Organization (WHO) statistics, you’ll find that NCDs cause more than half of deaths in South-East Asia. This amounts to almost eight million people every single year. Perhaps more worryingly, I think, is the fact that people under sixty make up more than a third of these deaths. That number of premature deaths is alarming and also very costly – both to the economy and to society.

For India, NCDs are a vast challenge. They account for 53 percent of its disease burden – overtaking many of the infectious diseases typically associated with India, such as tuberculosis. We’ll be facing 1.7 million new cases of cancer by 2020. Between 1990 and 2010, premature deaths from cardiovascular disease sprung up by almost two-thirds, to 37 million. I dread to think what the situation will look like by 2030.

I think there are three reasons. Firstly, people are living longer. This is, in fact, really good news: Indians who would have died in childhood are now living long, fulfilled, productive lives. But middle-aged and older people are at a much higher risk of suffering from an NCD. Indians, in particular, appear to have a genetic susceptibility to type 2 diabetes and heart disease which puts them particularly at risk.

The second and third reasons are related to the profound changes happening to economies across South Asia. Urbanization is shifting people to cities where they often make the poor lifestyle choices that have now become possible as countries such as India grow wealthier.

I would say it is difficult for a lot of the countries affected to cope with the double burden of disease that comes from the rising impact of NCDs. In particular, weak healthcare infrastructure, shortages of trained professionals, lack of awareness and fragile distribution channels in poor countries compound the problem.

Put simply, it means that low- and middle-income countries – such as those in the South-East Asia region – need to transform health systems built to fight infectious diseases to manage the silent epidemic of chronic diseases like heart disease, cancer, diabetes, and respiratory illnesses.

I think the first one – health systems integration – is particularly important. There are different silos for HIV/AIDS, tuberculosis, malaria, and so on.

This is why we need to integrate disease programs, which were developed in so-called “vertical formats,” in order to provide care across diseases with a patient rather than a disease focus. We also need better research, for instance on the interaction between chronic and infectious disease. Further, education on the risk factors for NCDs and policy are critical.

If you look at HIV, you can see how the need for long-term antiretroviral treatment has led to supply chains being upgraded. This is to ensure continuity of care by minimizing medicine stock-outs. Now, we need to learn from this experience in managing infectious diseases and set up similar, well-managed supply chains for treating chronic diseases.

Many countries have also got very good at monitoring the patterns of HIV, malaria and tuberculosis. We need this kind of big data approach to NCDs. At the moment, the epidemic is creeping up on us and many countries are not reacting fast enough.

Research is critical, I would say, because there is a lot we don’t know about NCDs and how they interact with infectious diseases. Understanding this is crucial to manage the dual burden of disease. For instance, too little is known about how HIV interacts with cardiovascular disease, or what happens to patients with TB if they develop diabetes.

We know, for example, that many South Asians have a strong genetic predisposition to metabolic syndrome, a combination of diabetes and heart disease. Indians, though, are at a much lower risk of some other diseases – multiple sclerosis, for example. This means we need to approach health threats differently across countries.

We also need more rigorous research on whether a particular intervention is working, For example, Novartis has commissioned a completely independent measurement of the impact of its Novartis Access program in Kenya, the country where it was first implemented.  From this research, we will learn how to improve the Novartis Access program but we also hope other companies will benefit from this work.

We need to equip health workers to diagnose and treat NCDs. In turn they play a crucial role in educating patients. If a doctor, nurse or ASHA is talking to a patient with diabetes or a respiratory illness, it’s an ideal opportunity to advise the patient to also talk to her/his children.

We see in countries such as India the opportunity for “leapfrogging”: harnessing new technology and innovative ways of doing things so that some aspects of care leap ahead of what’s available in the mature economies of Europe and North America. At Novartis, we are working on a pilot with partners in some provinces to use mobile telephony to manage chronic illnesses. I really believe that, in the next decade, Europeans will envy some of the developments that will be available to patients in South Asia – it is already happening in open heart surgery, where the price of coronary bypass surgery has been cut by half to what it was 20 years ago. We should never underestimate the capacity for ingenuity that exists in what is deemed as lower-income countries.

What I mean is youth – referring to adolescence and young adulthood – is when most NCD risk factors are initiated. This is particularly applicable to today’s youth. Their behavior is riskier than the behavior of their parents and their parents’ parents.

Look at Indonesia: two fifths of boys aged thirteen to fifteen smoke. In Malaysia, over a quarter of children are obese. Nearly 31 percent of 14-17-year-olds in Vietnam have experienced drunkenness at least once in their lifetime. All this is setting them up for poorer health in adulthood – and it means we will be facing an epidemic of NCDs when today’s young people get to middle age – maybe even before. In India, there’s already an alarming trend of under-30s presenting with an acute coronary syndrome because of poor lifestyle choices such as smoking and lack of exercise. One of these patients was as young as fifteen.

Policymakers need to look at current trends among the young. They need to see that alcohol use is up. That tobacco usage is up. Poor diets? Up. Inactivity? Up. An alarming number of secondary schoolchildren in south Asia are physically inactive.

Policymakers need to take note of this. They need to understand that in the next fifteen years, there will be a 66 percent increase in the older population in Asia. In India, the percentage of people over sixty is projected to account for almost a fifth of the population by 2050.

And they need to act accordingly on these projections. They need to understand that with this surplus of people, there is a surplus of risk – an increased likelihood that many of these people are going to be suffering from chronic diseases that will require treatment we may not be able to manage in such large droves – unless we act now.

As discussed above, thinking about education is crucial. For instance, school curricula should include education on healthy lifestyles, and young people should have more access to parks, playgrounds and green spaces.

Further, governments should ensure schoolchildren have no access to alcoholic and tobacco products – not only restricting their sale, which many countries already do, but also taxing them so that they are unaffordable to schoolchildren. Evidence shows that this will encourage adults to give up smoking as well. Building on this, the promotion of foodstuffs that are high in fat and/or high in sugar to young people should be restricted.

Obviously, the pharmaceutical industry is not in playgrounds or in schools. I do think, however, that we are in a position to educate health professionals about diagnosing and treating NCDs; about the fact that some risk factors can be inherited, such as obese parents being more likely to have obese children. Yet, the most powerful intervention may not always be the medicine but, instead, a piece of advice from a doctor or nurse or health worker.

At the moment, we are partnering with organizations on the ground in low and lower-middle income countries to provide education about diagnosing and treating NCDs. Our core contribution is to offer affordable medicines to health systems and to individuals with few resources. We are also doing work to help improve supply chains in lower-income countries which, as I mentioned above, is important to ensuring patients have long-term access to treatment for chronic diseases.

Harald Nusser, Ph.D., MBA, has been leading the Novartis Access program since June 2015. Since October 2016, he has also taken on the responsibility for the Novartis Malaria Initiative, the Novartis Healthy Family programs, SMS for Life and NGO supply which have been combined with Novartis Access into a newly formed unit called Novartis Social Business.

Dr. Nusser is a member of the Novartis Access to Medicines Committee. He graduated with a Ph.D. in mathematics from the Free University of Berlin in 1998 and with a MBA from the University of Bradford, UK in 2003.