You are here: Home / Featured / Ectopia cordis: born with a heart outside of the body

A newborn has reportedly been born with her heart located outside of her body in Madhya Pradesh. The Business Standard reports the abnormal birth to have occurred on April 5th. Though it sounds alarming, it is in fact a documented condition: ectopia cordis. 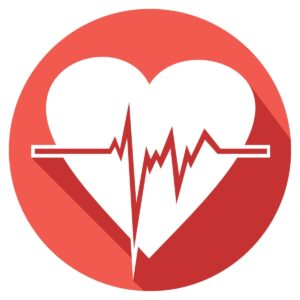 Ectopia cordis is defined as the improper formation of the chest cavity, as well as a limited formation of the body’s wall (sternum, muscles and skin) in the frontal chest region. This results in the heart being either partially, or completely, located externally, with the potential for other organs to also be displaced.

The exact cause of the disease is yet unknown. This is due to the rarity of the condition as well as its high mortality rate, with most born with the condition dying soon after. Attempts have been made to use surgery to increase the survival rate, with prosthesis used to compensate for the cavity in the chest. These attempts have been overwhelmingly unsuccessful, with the infant succumbing to infection or heart failure within hours to days of birth. In cases where surgery is successful, heart transplantation becomes a viable option in the future.

Though poorly understood due to the limited availability for research, a small number of scientific studies have been published. As of yet the primary cause has not been established as a genetic trait, though is found more commonly in females. All that is currently known is that the condition is brought about through embryonic developmental abnormalities. The condition is thought to occur at a rate of around 8 per 10 lakh (1 million) births.

Currently the child born in the Khajuraho health centre in Madhya Pradesh is still alive. Testament to the rarity of the disorder and the unpreparedness of doctors to handle a disease requiring such specialised treatment, she has been referred to multiple medical centres. From Khajuraho she was referred to a hospital in Gwalior, doctors there recommended she be sent to the All India Institute of Medical Sciences (AIIMS) in New Delhi.

In the AIIMS it is hoped that she will receive medical care that may yet save her life. Mortality rates are high for the disease but have improved marginally with surgical intervention. Chhatarpur Collector Ramesh Bhandari stated the baby’s medical care would fall under the state government’s Mukhyamantri Bal Hriday Upchar Yojana (CM’s Child Heart Treatment Scheme) and so be carried out with financial assistance.