You are here: Home / Featured / India houses 24 percent of the world’s tuberculosis patients

India still houses 24 percent of the world’s tuberculosis (TB) affected population. This figure has recently come back into the public mind on World TB Day, observed annually on March 24th. India has more tuberculosis patients than any other country in the world, with 480,000 to 500,000 Indians dying of the disease yearly. 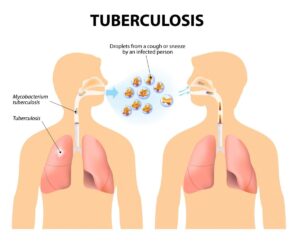 In an exclusive interview for Health Issues India, Dr Madhukar Pai, MD, PhD, discusses a number of key issues regarding India’s fight against TB. Foremost amongst these, and many other health related issues, is the low healthcare budget.

TB has recently been assigned as a priority by the Indian government in its 2017 health budget. The budget sets out an aim to have TB eliminated, or reduced to a negligible number of new cases per year, by 2025. As noted previously in Health Issues India, at the current rate of decline of 0.91 percent per year, this could take a potential 183 years.

The World Health Organization (WHO) aims to eliminate the disease worldwide by 2035. If this is to be achieved, then India, as the world’s capital of the disease, requires a sustained campaign of prevention and treatment.

There are a number of hurdles standing in the way of this goal. Criticisms such as the delayed diagnosis of the disease, as well as wrong antibiotics being administered are common, these situations have fed the rise of antibiotic resistance.

Innovations in TB medication are vital. Strains of TB that are resistant to current medications (multidrug-resistant TB, MDR-TB) are becoming more common. Without new medications it may become the case in the future that MDR-TB becomes untreatable by all known antibiotics, this would allow it to spread, and claim lives entirely unchallenged. This is swiftly becoming the case with Extensively drug-resistant tuberculosis (XDR TB) .

Many healthcare experts and scientists believe MDR-TB should be the priority for research. Suneela Thatte, President of the Indian Society for Clinical Research (ISCR) said:

“Resistance to antimicrobials is growing at a faster rate than the discovery of newer, more potent drugs to overcome that resistance. Therefore, it is crucial that India focuses its research efforts on developing solutions for drug-resistant TB.”

In 2016 alone government surveys revealed a 35 percent rise in drug resistant tuberculosis cases. This has forced the government’s hand into announcing a new, more aggressive method of targeting TB, though a vast improvement in current detection and treatment methods would be required. The budget for this vast overhaul is not yet announced.

Due to the rise in drug resistance, medications such as bedaquiline may become more commonly used. Currently bedaquiline is used only in emergency circumstances in which all other drugs have failed. This is due to side effects causing issues with heart rhythm, with human trials revealing the drug is potentially fatal in around 11 percent of cases.

Bedaquiline forms a last line of defence against MDR-TB, and is currently in use in a small number of cases in India. New medications are required if India and the WHO wish to eliminate TB, currently safety issues limit bedaquiline to an emergency medication. Though its effectiveness in curing TB is undeniable, an 11 percent casualty rate is alarmingly high and so prevents it being used as a common treatment.