You are here: Home / Featured / India ranks 131st in the Human Development Index

Among 188 countries involved in the Human Development Index (HDI) India ranks 131st. Despite being the third largest economy in Asia, this ranking places India at an equal development level to its economically smaller neighbours such as Pakistan, Bhutan and Nepal. 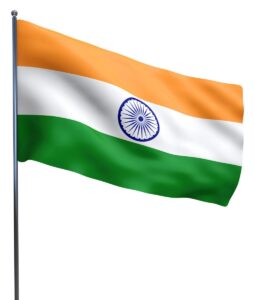 The ranking has not changed since the 2014 index, in which India also stood at 131st place. India’s current HDI value (calculated from four values, life expectancy at birth, adult literacy percentage, percentage of children in education and overall GDP) is 0.624, this value has shown an increase since 2010 when it stood at 0.580. It has increased further still since 1990 when the value was far lower, at 0.428.  Is India’s rate of improvement slowing, possibly even halting?

A number of factors play a role in the increase in the HDI index value since 1990, amongst these: life expectancy at birth has shown an increase of 10.4 years; the average number of years spent in school increased by 3.3 years;  the expected years of schooling increasing by 4.1 years and; India’s Gross National Income (GNI) per capita increased by about 223.4 percent.

Despite the improvements in a number of areas, there are key issues that hold India back from further improvement in the HDI.

One is gender inequality. While India has made improvements, it stands at rank 125 of the 159 countries surveyed. Factors such as maternal mortality rates, currently 174 per 100,000 births, is lagging far behind even the Indian government’s own target of a reduction to 100 in the coming years.

this inequality is also present in employment and governmental representation. Only 12.2 percent of parliamentary seats are held by women, with 26.8 percent of women above the age of 15 being in employment, compared to 79.1 percent of men. These figures can largely be attributed to currently changing cultural attitudes that it is the men that work while the women stay at home, potentially equalising over time with more women entering the workforce.

India is currently in the “medium human development” category, alongside a number of other Asian countries, though within the medium category, India still falls below the average index number of 0.631.

Inequality and inconsistency permeate the reasons India has not achieved a higher score, with states and regions improving at inconsistent rates. This, as with many matters regarding Indian health policy and social matters leaves the country divided between urban and rural areas, which largely coincide with a rich and poor divide. Urban metros will have significantly improved infrastructure over the years, with better access to healthcare. Poorer and/or rural areas will not receive the same level of infrastructure improvement, with some areas almost entirely left behind.