You are here: Home / Featured / Healthcare and the expansion of the private sector

Prime Minister Narendra Modi’s “futuristic” National Health Policy (NHP) has been approved by the cabinet, and promises free medication and healthcare services universally at a national level. A key concern raised with this policy is the means of funding, which includes an expansion of the private sector into public healthcare. 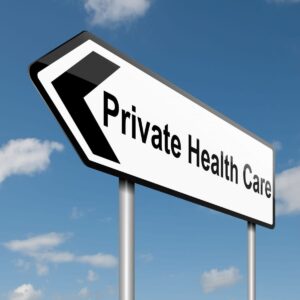 Most mentions of funding of the project thus far focus on public-private partnerships (PPP). This would involve an increased role of both nonprofit and for-profit companies taking on healthcare roles in both rural and urban environments.

The focus on PPPs seems to come in place of additional government funding. Though targets have been set to increase the healthcare budget from 1.35 percent of the GDP to 2.5 percent, this would still leave government healthcare spending far below that of the majority of countries, despite nearly doubling the current spending levels.

This target however seems unrealistic, with reports pointing to the fact that a lower target of 2 percent was set in 2002 for 2010, which was left unreached. This may indicate that the success of universal healthcare in India lies solely in the hands of the private sector.

This presents a unique set of problems, particularly in rural areas where monitoring of health care facilities and providers is often sub-par. It is mentioned in the NHP that rural healthcare will increase the role of charities, while urban environments will typically see more for-profit partnerships. This does nothing to rid the country of disparities in the quality of service, and will likely result in rural environments seeing no change to services provided.

Charities will typically be working with far smaller budgets than their for-profit counterparts, and without any increase in government funding this still leaves rural areas grossly understaffed and under equipped. Ignorance of this fact allows for infectious diseases to linger in rural populations.

Upon contact between rural and urban populations, these diseases can then spread. Due to the densely populated nature of urban metros, this presents an ideal replication scenario for infectious disease. Thus without equal treatment provisions for rural populations, rapid infection scenarios are almost an inevitability.

Aside from the inequalities produced from this scheme, there is the issue of market domination. To assign a government partnered for-profit private company to provide a certain service nationally it can be assumed that similar companies will be driven out of the market. This in turn may increase prices, assuming healthcare is not provided free of charge.

Whether this is the case or not there will be an issue with the administration of the scheme. To provide health care nationally the number of PPP agreements to be made will be colossal, especially when taking into account that many companies and charities will be focused on singular treatments or limited to single states or regions.

With this taken into account the number of PPPs required to provide comprehensive medical care nationally could easily extend into the thousands. In the best case scenario where this is achieved the administration of every medical provider would be a practically impossible task. If this is not achieved then the current problems of Indian healthcare persist. A system will still be in place in which healthcare coverage is patchwork and inconsistent, out of the reach of many citizens through either geographic or financial reasons.