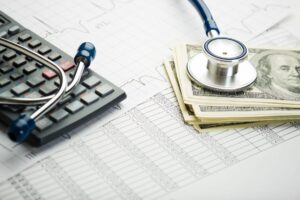 The Modi government’s Union Budget for the fiscal year 2017-18 was presented by Finance Minister Arun Jaitley on February 1. Jaitley announced  a number of steps to address the plentiful problems facing India’s healthcare system. However, critics said that there were only paltry increases in funding following a year of severe cuts – a “nominal” allocation, according to The Hindu

The new budget includes a range of provisions to “[strengthen] the systems of social security, healthcare and affordable housing.” This is with the aim of improving the lives of India’s poor and underprivileged as part of a broader agenda – to “transform, energise, and clean India” – that the government will pursue in the coming year.

To this end, budget allocation for the healthcare sector will see an increase of almost 28 percent. The Times of India reports

To put this in context, overt subsidies to Air India over recent years have amounted to ₹30,000 crore while the hidden subsidies seem to be higher still.

The government is committed to eliminating several diseases over the next few years. Jaitley is quoted by Livemint as announcing “an action plan to eliminate kala-azar and filariasis by 2017, leprosy by 2018 and measles by 2020. Elimination of tuberculosis by 2025 is also targeted.”

The budget includes provisions to improve health infrastructure and raise staffing levels, especially for the rural population. To this end, Jaitley announced the creation of 5,000 postgraduate seats in medicine per annum. 150,000 health sub-centres will be converted into health and wellness centres. All India Institutes of Medical Sciences (AIIMS) will be established in the states of Gujarat and Jharkhand.

Proposals also include changes to India’s Drugs and Cosmetics laws. This could potentially lower the cost of medicines to “reasonable” levels. The budget also includes plans for “new rules regarding medical devices…[that] will be internationally harmonised.”  This is in the hope of “[attracting] investments into this sector” which, in turn, “will reduce the cost of such devices.” These are not, though, the bold moves on price controls or mandatory generic equivalence that many have demanded to counter the high cost of branded generics.

As a whole, the new budget is eliciting a wide range of reactions from businesspeople and politicians, as well as news outlets and on social media.

However, a number of media outlets are responding critically in terms of the budget’s plans for healthcare. Daily News & Analysis accused the budget of “[playing] safe” and having “little focus in important assets” such as healthcare. It says

“the budget…failed in providing a bigger picture for the healthcare sector. Only healthcare-related schemes that conveniently fit into the government’s plans for the empowerment of rural India were touched upon, while the diagnostic industry remained largely irrelevant.”

DNA did compliment some of the budget’s measures. It called the conversion of health sub-centres into new health and wellness centres “a smart move to improve health standards.” It also expressed optimism that revision of drugs and cosmetics laws will reduce the costs of treatment and diagnostic tests, as well as highlighting manoeuvres such as 100 percent electrification of rural villages and telemedicine services. Nonetheless, DNA said it was left “peering hard to find the positive aspects of the budget.” DNA also ran a separate piece criticising the budget’s omission of subjects such as non-communicable diseases and mental disorders.

The Hindu was also a critic of the health budget. It ran with a headline of “Health budget: A moderate rise with no bold initiative” and called the hike in budget allocation “nominal.” It also questioned the realism of the government’s action plan to eliminate certain diseases, asking “Are allocation of public funds matched realistically to meet the target and follow action plans?”

Livemint followed along similar lines. It (legitimately) questioned if “the modest rise in allocation…can meet the ambitious goals set for the health sector in the budget speech and if the increased allocation will be utilized for the right priorities.” It elaborates

“While these targets should galvanize the health ministry, the allocated resources seem inadequate for gearing up the health systems across the country in time. Even while accelerating to move from second gear to top gear, we must make sure there is enough fuel in the tank for the full journey. Even well-intended vertical programmes cannot be force-fitted into a feeble health system.”

The Week, meanwhile, offered a scathing critique of the budget allocation

“the budgetary increases are shown against the previous year’s figures and when you realise that Jaitley had instituted an unprecedented cut of 13% on the budget allocation for health in 2015-16, it shows the hollowness of these apparent increases. Moreover, when you consider the health expenditure of the government — in real terms — at 2005-06 prices, the spending has shown only marginal increases till 2013-14, and has been consistently lower thereafter. All this shows that in the complex prioritisation matrix of the government, health is accorded a lower priority.”

For many years, healthcare in India has been dogged by inadequate funding, staffing shortages, and a place far lower than it merits on politicians’ lists of priorities. The new health budget seems to be an attempt to address the various criticisms levelled at the government’s track record on health but, many think, a half-hearted and short-sighted one.

There seems to be a consensus that the new health budget, whilst a step in the right direction, could well end up a failure of its own ambition. That the government seems to be on the path towards heeding calls to afford the healthcare sector the prioritisation it warrants is a positive sign. India may be in for another few years of missed targets and glaring shortfalls.
The Finance Minister’s full remarks can be accessed here.