You are here: Home / Access to Healthcare / Malnutrition in Maharashtra: An intimate crisis 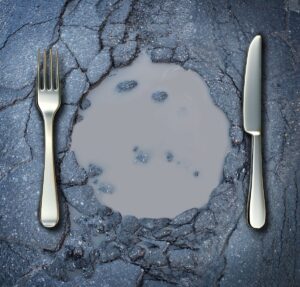 “There are people in the world so hungry, that God cannot appear to them except in the form of bread”, Mahatma Gandhi said. Nearly seventy years after his death, his words are as apposite as they ever were.

A national and regional tragedy

The world is home to 795 million undernourished people. This equates roughly one out of every nine persons. Almost a quarter of these live in India. This amounts to 194 million hungry people – more than anywhere else in the world.

To make sense of what this statistic means to the country – and more than 16 percent of its 1.2 billion people – another enlightening quote is: “He barely ate. We didn’t have anything to give him.” These are not the words of any statesman or professional pundit. They are the brutally candid words of Devganga Sawra, a road-builder recently quoted in The Guardian. Sawra is referring to his son, Vishwarnam, who died of malnutrition two months after his second birthday. Vishwarnam weighed a measly 6.5 kg (14.3 lbs) – barely a stone.

The Sawra family live in the Palghar district of Maharashtra, India’s wealthiest state. The district is still in its relative infancy, established by the state government on August 1, 2014. In the short time since, the district has been the scene of significant controversy because of the number of deaths, especially among children, from undernourishment. This has led to an interjection from the National Human Rights Commission (NHRC), who ordered on September 22, 2016 that the state government submit a report on child malnutrition deaths in the district within four weeks.

Malnutrition is not a problem confined to Palghar. It is symptomatic of problems that have been blighting Maharashtra for years. This is not to say India as a whole has not made progress over the past few decades. UNICEF data shows that the percentage of children in the country who were underweight decreased from 55.5% in 1988 to 29.4% in 2014. The numbers of wasting, severe wasting, and stunting children have all decreased.

This data was cited by The Guardian article which said Maharashtra was home to “one of the country’s most effective nutrition schemes” between 2005 and 2014. However, it goes on to say of the state that “five years of drought, coupled with the withdrawal of government nutrition schemes in the past two years, has led to a dramatic regional increase in malnutrition.”

In 2011, 77 babies died of hunger in Maharashtra every day, according to DNA India. In September last year, The Indian Express reported that 17,000 people in tribal regions of the state were believed to have died of malnutrition in the previous year, citing information obtained under right to information (RTI) requests.

This has led to the condemnation of the Bombay High Court. The Times of India quoted the court as imploring the state government “to take immediate steps to tackle the menace.” The ToI also quoted Justice V.M. Kanade as calling the Maharashtra state government’s failure to properly administer welfare schemes to tribal areas “criminal negligence” that resulted in “every year [a] large number of children [dying].” The high court issued a particularly vociferous rebuke of the Women and Child Welfare Department, of whom they said “the kind of sensitivity which is to be shown…is totally absent. They do not seem to be concerned at all.”

The Wire published a rebuke of the government along similar lines, accusing them of “[turning] a blind eye to the grievous issue.” Highlighting Palghar, the article cited Vivek Pandit, head of the Palghar non-profit Shramjeevi Sanghatana, who pointed out that:

“ there is no dearth of welfare or healthcare schemes, but their implementation is the issue. Tribals who are affected by poverty and illiteracy are not aware of the government welfare and healthcare schemes.”

Activists quoted in the article concurred, saying that “schemes and funds do not reach beneficiaries.”

Pandit also emphasised the problem of vacancies in the public sector. This obstructs the delivery of health schemes and access to vital care and treatment, especially for children. He said, “12 out of 13 posts of Children Development Project Officers who address malnutrition in all eight blocks of the district are vacant. There is not a single paediatrician and gynaecologists in the primary health centres across the district.” He also called for increased employment opportunities for the state’s poor, to improve families’ purchasing capacity. He said that often “entire families are malnourished” because they cannot buy food or enrol their children in schools.

A country of contrasts

It is bizarre that the Palghar district is just 70 km from India’s wealthiest city Mumbai, which has a GDP higher than any other city in southern, western or central Asia.

India is a country of contrasts. Stratospheric levels of wealth co-exist with extreme poverty and deprivation. This is especially true of Maharashtra.

Such inequality lends itself to the situation in Palghar, where children are starving to death in their homes, unable to get an appointment with a nutritionist or a pediatrician because there simply aren’t any there. Mere miles away, meanwhile, you have the glitz of Bollywood, the homes of billionaires, and the headquarters of countless key financial institutions and multinational corporations that keep one of the world’s largest economies afloat. It is situation for which there can be little, if any, justification. If the state government continues the inaction and inattentiveness it has been accused of by so many campaigners, there can no forgiveness either.