You are here: Home / Featured / What can the 2030 hepatitis goals learn from polio eradication?

<< back to Hepatitis C

NOhep, will be the global movement to eliminate viral hepatitis, and will be launched on WHD2016. It aims to bring people together and provide a platform for people to speak out, be engaged and take action to ensure global commitments are met and viral hepatitis is eliminated by 2030.

Given that less than one percent of all those currently infected with Hep C are receiving treatment, the goal of delivering treatment to 80 percent of all those infected by 2030 is extremely ambitious. Pharma seems willing to fully support increased access. If this is coupled with a strategy that addresses awareness building, prevention and testing, this treatment goal may be achievable but it certainly won’t be easy. It will demand high levels of patient awareness and health worker engagement to promote testing, so that those infected can be identified and treated. As well as the hard work of sustaining commitment and effort over 15 years, smart tactics will be needed to overcome the many unforeseen issues and obstacles that will threaten to derail the strategy. 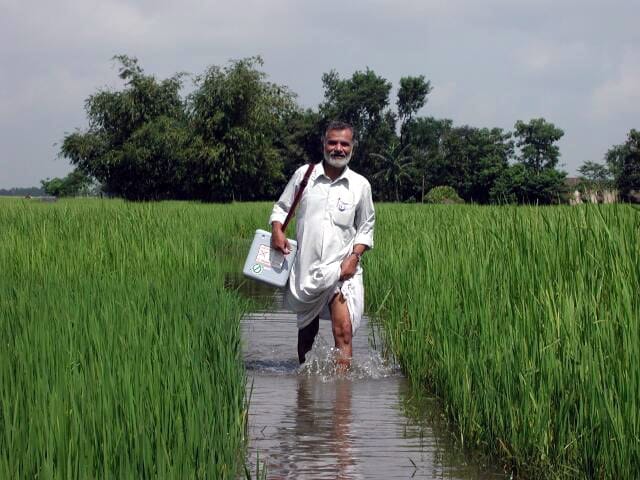 India has already successfully tackled polio. South East Asia, the region encompassing India, was declared polio free in 2013. For a country with over one billion citizens, this achievement is significant. But India’s now faces another equally tough challenge, to contain another silent killer, hepatitis C. Although only a small proportion of India’s population are thought to be infected, this represents many millions of people in need of testing and treatment. In some areas, such as the Punjab, incidence is much higher than the national average. Poor blood banking systems, lack of adherence to blood transfusion standards and the reuse of unsterilized needles and surgical instruments, as well as intravenous drug users sharing needles, have all contributed to an emerging public health problem of epic proportions.

Hepatitis C has much in common with polio. Invisible and deadly for the majority of those infected, hepatitis C only makes its presence felt after wreaking havoc in the liver for decades. Although hepatitis C is bloodborne, and not waterborne like polio, there are similarities. Like polio the vast majority of cases go undetected with early symptoms easily mistaken for other less serious issues. Like polio, it is highly infectious and transmitted through contact with infected blood. Infection often happens from seemingly uneventful events such as contact with dirty razors in barber’s shops or needles used for tattoos, as well as medical sharps including needles. Like polio, without testing, infection from hepatitis C easily goes unnoticed. The consequences of hepatitis C infection are debilitating and deadly. Those infected suffer liver diseases including cirrhosis, liver cancer and liver failure, years after first infection.

Given these similarities and the scale ambition of WHO’s 2030 hepatitis goals, the long path towards polio eradication, now on the home stretch, offers hard won insight that the global NOhep campaign can put to good use. Polio eradication was first committed to in 1988. Now, with over 30 years experience built on the investment of many millions of Rotary and donor dollars, the efforts of the Global Polio Eradication Initiative (GPEI) offer deep and wide learning those aiming to end the scourge of hepatitis can benefit from.