You are here: Home / Featured / What can be done about the health crisis caused by Delhi’s air pollution ? 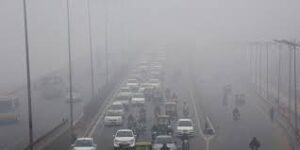 Delhi is the most polluted city in the world, according to the World Health Organisation (WHO), and doctors and scientists say the Delhi residents are facing a public health crisis.

Delhi’s bad air is already causing a spike in the people with asthma and reduced lung function.The air is already having long-term effects on children in the Indian capital with 4.4 million having irreversible lung damage.

The main reasons behind the worsening air are – more than 8 million vehicles on the roads with 1,400 new ones added every day. Most of those new vehicles burn diesel and face relatively low emissions standards, giving out clouds of the tiny PM2.5 particles that can be most harmful to health.

What can be done to improve the situation ?

According to this article, all Delhi citizens need to do their part in dealing with the pollution problem. Health professionals need to petition authorities to act and individuals must work out how to keep the city growing without just buying more cars.Initiatives such as the car-free day around the Red Fort two weeks ago will become more important in bringing attention to the pollution crisis.

Delhi has managed to clean up its air before. At the turn of the century, the local government moved polluting industries out of the city, shut down coal-burning power plants and forced public transport vehicles to move from diesel and petrol to cleaner gas alternatives. The air quality improved steadily until 2007, said Anumita Roy Chowdhury of the Centre for Science and Environment, a Delhi think tank.

The Environment minister, Prakash Javadekar said he wants to fast-track the construction of a bypass that would prevent around 50,000 polluting lorries having to drive into the city every day. He also wants the car companies to clean up their vehicles to the more exacting standards in Europe. We want to migrate early but auto industry is not ready,” he said.