You are here: Home / Featured / Good days ahead for health in India?

Yesterday, Mr. Narendra Modi took his oath as the new prime minister of India, with millions of Indians watching the swearing in ceremony on their TV screens. While reviving India’s economy will be his urgent task; health, hopefully, will not be too far behind.

There have been several articles in the news after the elections on what needs to be done  to revive the health sector in India. We wanted to present the views of two of India’s power ladies in the healthcare and pharma industry :Kiran Mazumdar Shaw, the MD of Biocon Limited ( a pharmaceutical company in India) and Suneeta Reddy, who is the joint MD of the Apollo Hospitals Group. They present thought provoking arguments on what Mr. Modi and his new health minister , Dr. Harsh Vardhan should focus on. 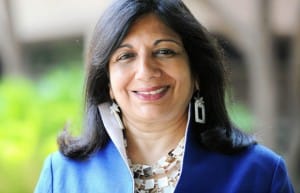 According to Kiran Mazumdar Shaw, “the ‘Right to Health’ should be addressed through a universal health care programme which hinges on affordability and access. An IT enabled healthcare delivery model like that of Tamil Nadu has the potential to revolutionise various aspects of the industry. The implementation of an e-healthcare system at a national level can ensure fair and transparent delivery of affordably priced, good quality medicines”, she writes.She has been critical in the media of the past government’s approach to regulations of clinical trials in the country as she felt that  “especially for large trials, there were ridiculous requirements” and therefore, hopeful that the new government will handle things differently.

Suneeta Reddy, believes that health and wealth are interlinked and that it is imperative that Indians experience world-class healthcare standards.The poor have to be empowered over the long term through education, jobs and world-class health care.According to her,  one of the major differences between the developed and the developing nations of the world is the existence of a robust and equitable health care system.

“There is a strong correlation between the health and wealth of a country.We have to boost investments in critical areas of health care including physical and access infrastructure, as well a system of education and training. Over 60 percent of healthcare expenditure is out-of-pocket, paid for by the individual’s own resources. It is a leading cause of people slipping into debt. We need to move towards a health care system that is accessible and affordable to all.”

To read their complete articles, click on the highlighted links. Check out more our coverage on health and the Indian elections 2014 , here.