You are here: Home / Featured / Government not serious about measuring or controlling #TB in India says The Hindu #lunghealth

A strong editorial in today’s edition of The Hindu says that global tuberculosis figures are understated because India is not serious about measuring new cases in the private sector. India has over a quarter of the world’s TB cases.

The editorial also follows up on yesterday’s story by the paper’s distinguished science correspondent, R. Prasad  from the 44th Union World Conference on Lung Health in Paris. In unusually forceful terms, Prasad writes that, India’s national TB plan “is far from giving paediatric TB its due importance. A 2009 study published in the International Journal of Tuberculosis and Lung Diseases by V.V. Banu Rekha and others from the Chennai-based National Institute for Research in Tuberculosis (formerly TRC) found that only 14 per cent of child contacts were screened and only 19 per cent were initiated on isoniazid preventive therapy!”. The editorial takes up his theme: “though children can contract TB at any age, those under five are especially vulnerable, particularly those from households where an adult has been recently diagnosed with active pulmonary TB … Though India’s Revised National TB Control Programme (RNTCP) has also approved contact tracing of young children from such families, its implementation is at best sub-optimal.”

Regular readers of Health Issues India will know that media coverage of Government’s alleged failings has been increasing and that both Prasad and The Hindu have been paying special attention to paediatric TB. In July, The Hindu also ran an opinion piece by Professor T.Jacob John which concluded that the designers of India’s TB control programme needed to go back to the drawing board. 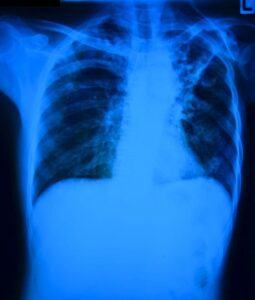