You are here: Home / Featured / Damning Indian parliamentary report on #HPV vaccines. Is it a misunderstanding of race and “negroids”?

At the centre of a new report from India’s Parliament on HPV vaccines, seems to be a misunderstanding.

The report looks at four countries which were running observational studies on the new vaccine and says, “… these four countries have different ethnic populations: India (Indo-Aryans, Dravidians, Tribals etc.),Uganda (Negroid), Peru (Hispanics) and Vietnam (Mongoloids). The Committee has been given to understand that ethnicity is relevant in the determination of safety and efficacy of some drugs.”

There are indeed some differences in how medicines work in different people across the world, although these differences are usually linked to diet, co-existing other diseases or body weight. As far as we know, there are no examples of vaccines which work in one racial group and don’t work in another (quite apart from the question of whether the racial groups cited by the committee actually exist). There are, of course, examples of vaccines working against one strain of an infection but not against another but this is not apparently relevant to HPV: the same strains cause cervical cancer around the world (and other strains cause genital warts and cancers of the head and neck — one of the vaccines stops some of these as well).

Once this misunderstanding has been put aside, there are two real issues

The answer to the first question seems to be that the observational studies were full of examples of poor record-keeping and, probably, of failures to secure the right kinds of regulatory permission. However, it is not at all clear that anyone was hurt by these studies.

To decide about the safety and efficacy of the two vaccines used in the studies, look at Europe and North America where both vaccines are used routinely. A study published this year shows that, “The prevalence of dangerous strains of the human papillomavirus — the most common sexually transmitted infection in the United States and a principal cause of cervical cancer — has dropped by half among teenage girls in recent years, a striking measure of success for a vaccine against the virus that was introduced only in 2006 …The magnitude of the decline in HPV infections surprised public health experts because only about a third of teenage girls in the United States have been vaccinated with the full course of three doses. By comparison, vaccination rates in countries like Denmark and Britain are above 80 percent,” according to the New York Times

The impact could be massive, The New York Times adds. “At current vaccination rates, the vaccine would prevent 45,000 cases of cervical cancer [in the US] and 14,000 deaths among girls now age 13 and younger over the course of their lifetimes, according to C.D.C. estimates. Increasing the rate to 80 percent could prevent an additional 53,000 cancers and nearly 17,000 deaths.” Similar rates of HPV vaccination in India could save tens of thousands of lives a year among women and men, experts think. Assuming, of course, that this is not the first vaccine which works in some races but not in others 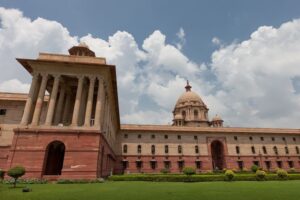