You are here: Home / Featured / India delights in US discomfort over #patents and impact on #accesstomedicines

There is widespread delight over last week’s decision by President Obama to veto a patent ruling that would have disadvantaged Apple and favoured Samsung. The ruling would have stopped Apple from selling some older iPhones in the USA on the grounds that they infringed Samsung’s patents. The US based its decision to over-rule the International Trade Commission ruling on the effect it would have “on competitive conditions in the U.S. economy and the effect on U.S. consumers.”

Why do Indians care about the phones that Americans can or cannot buy? It might affect India’s rulings on compulsory licensing of a couple of  held by international pharma companies and what the US claims are other inadequacies in US patent protection.  “Let’s not forget that India’s ‘national interest’, declared problematic by the US, is for providing its patients with access to life saving medicines – while US’ ‘national interest’, that is presumably valid, is for ensuring iPads and iPhones are available to its citizens. Two-faced much?,” says an anonymous guest blogger on the Spicy IP website and ties it to a long history of US pragmatism in enforcing patents.

American opinion leaders worried about this thinking.  “I think it’s likely the decision will be used as an excuse by other countries that don’t want strong patent enforcement,” said Bill Reinsch, president of the (US) National Foreign Trade Council in the Financial Times.  Other Americans are following Indian thinking, “If open technology standards benefiting the public interest are the rule for smart phones, why not for life-saving pharmaceuticals? Why not for other innovations that would improve the lives of billions of people around the world?” asked Adam Hersh, an economist at the Center for American Progress. 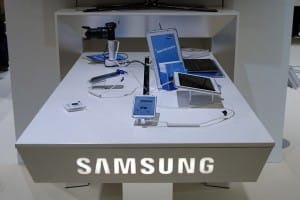