What’s not in doubt is that India’s public sector is facing a shortage of condoms. As the Hindustan Times reported on the 7th of August, this shortage is so severe that it reached the Union Cabinet. In the run-up to 2014 general elections and at the start of a crucial parliamentary session, India’s most senior ministers were discussing condoms. The shortage is, the HT says, worst in some states with relatively high fertility (such as Rajasthan) and in some with relatively high HIV prevalence (such as the soon-to-be-divided state of Andhra Pradesh). It may even be jeopardising India’s recent successes in limiting unsustainable population growth and in giving women control over their own lives.

Why is there a shortage? That’s where coverage starts to differ. The HT says that it is because government’s sole supplier, HLL Lifecare, can’t keep up with demand. A day later, the Press Trust of India said that it was because government policy limited the amount that HLL was allowed to sell to to the central government. The PTI is usually pretty reliable at reporting the official position on things so it would be safe to bet that its anonymous “source” was trying  to put a different spin on the story reported by the HT (and on yesterday’s cabinet deliberations)

Both versions may be true. HLL used to be Hindustan Latex Limited. It is a government enterprise (a so-called Mini Ratna) run  by management who report to the Ministry of Health and Family Welfare. HLL does not fit most of the stereotypes that people have about bureaucrats running businesses — it is aggressive, ferociously competitive and very clever at playing any systems it works in. However, it has had problems in producing and in selling higher-margin products on the open market. (Look at this rather gentle 2012 Times of India report on the company’s track record with the female condoms). Until now, government policy had meant that HLL had to sell 25 percent of its production to someone other than its bosses. That limit has now been removed meaning that government will be more reliant than ever on HLL.

HLL has secured almost US$200 million in government funding to build a new vaccine production facility which aims to supply much of India’s domestic demand after 2016, although there was an apparently-conscious effort not to announce the decision. The latest twists and turns in condom production may not augur well for the stability of supply of vaccines in the future.

There is also the problem of Ministry procurement which has already led to several high-profile problems this year with TB medicines and other essential drugs.

There are votes to be won and lost in the fraught field of family planning policy but it’s unlikely that  many voters will decide who to support on the basis of  uninterrupted access to condoms. Whatever the political and commercial forces at play, we should probably be encouraged that the Union Cabinet, however briefly, discussed the issue and did something about it in the midst of the most political of seasons. 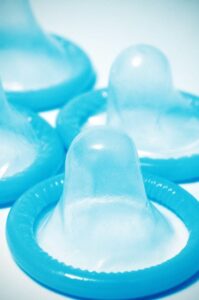