You are here: Home / Featured / “We are fighting a war against polio without a general,” says India’s leading expert

In an email interview with The Hindu today, Professor T Jacob John says he sees progress in India’s struggle to maintain its polio-free status. For years, he says, Government followed the advice of the WHO “blindly” using oral polio vaccines despite evidence that they were not very effective in India. Finally, he thinks, the country is on the route to eliminating them and with them the risk of case of vaccine-derived poliovirus (VDPV) cases. VDPV cases are infections caused by the live virus found in oral polio vaccines. A child who has been immunised can pass this virus on to one who has not or who has not responded adequately to immunisation. This cannot happen when injectable polio vaccines are administered since they contain no live virus.

To see a wider ranging interview with Professor John, look at the Health Issues India exclusive interviews — it was posted last month 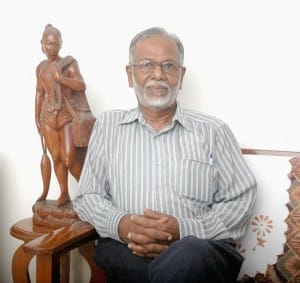