You are here: Home / Featured / India dragged down by failure to spend on health: new Amartya Sen book

I have to admit that I haven’t read the new Amartya Sen and Jean Drèze book yet but I plan to after seeing William Dalrymple’s review of it in the (UK) New Statesman.  (Sen is, of course, probably the greatest living development economist and Drèze is a naturalised Indian who used to advise Dr Manmohan Singh).

Sen and Drèze say that India is being dragged down by its failure to invest in public services including health, “China has done far more than India to raise life expectancy, expand general education and secure health care for its people … The poor have to rely on low-quality – and sometimes exploitative – private medical care, because there isn’t enough decent public care. While China devotes 2.7 per cent of its gross domestic product to government spending on health care, India allots 1.2 per cent,” they write. Of course, both are spending well below the amount they should if they want to preserve the productivity of a workforce that will soon shrink as a result of the demographic transition. China, at least, has plans to spend much more.

Dalrymple says that Drèze and Sen do not  “offer a bold, new way of looking at poverty like Abhijit V Banerjee’s and Esther Duflo’s remarkable Poor Economics. What [the book] does, with a rare clarity, is provide a fabulously comprehensible deployment of complex data and lay out the factual basis of where India stands now and what it needs to do if it is to reach its full potential. It shows how far India has moved on from the time of the Raj, when average life expectancy in India, in 1931, was only 27. Today, it’s 66. The female literacy rate in India has likewise gone up from 9 per cent in 1951 to 65 per cent today.” I was not that impressed by Bannerjee and Duflo’s work but it has certainly set much of the development agenda for the past few years, especially thinking on India.

The book is An Uncertain Glory: India and Its Contradictions by Jean Drèze and Amartya Sen published by Penguin

Even if you don’t plan to read all 500 pages of the book, the review is erudite and thoughtful. 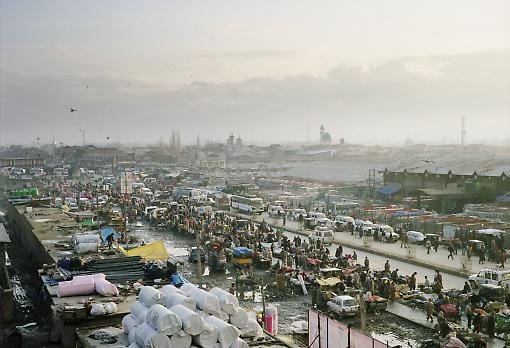