Anything in Open magazine is guaranteed to be well-written and probably to take an unusual angle of the news. Two surgeons write in the current edition about how man’s pressure on the environment is causing  “our recurring nightmare”: the emergence of a global pandemic. They suggest that we don’t put enough store in the anecdotal wisdom of those most directly affected or in looking at environmental changes that push bugs to jump from one species to another. However, they suggest, the urgent issue is to start checking travellers on their way home to India from the Middle East where the new MERS-CoV respiratory virus has emerged as a deadly threat, Ramadan has started and millions will soon travel to the West Asia from India for Hajj. The two surgeons, Ishrat Syed and Kalpana Swaminathan, write together under one rame, Kalpish Ratna.


You can find a rather more conventional piece on the threat of MERS in Foreign Policy. It is more alarmist but the one of the co-authors, Laurie Garrett is known for her pessimism about global health threats. The credibility of the FP piece suffers because of page two, they talk about, “a discrete Saudi effort to limit the number of pilgrims without causing panic”. They probably meant to write “a discreet Saudi effort…” That kind of editing mistake would never happen at Open 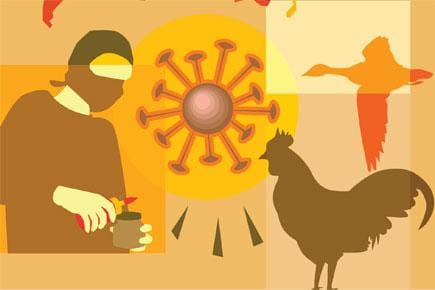