You are here: Home / Featured / What are the keys to economic growth? Chaos, confusion and mistakes

It’s widely held that China’s ability to invest strategically in pharmaceuticals and vaccines will give it an edge over India in both over the long term. Thus far, though, India’s industry has prospered more. A fascinating article in the New Yorker  profiles an economist who would have expected this. The shortest line between two points was, Albert Hirschfeld noted, often a dead end.  Indeed, he based part of his key economic theory on the productive chaos surrounding a bamboo plant in the Chittagong Hills Tracts. 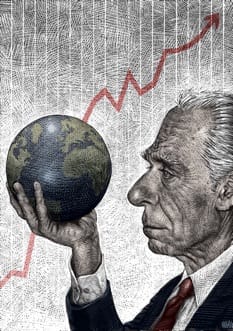