You are here: Home / Featured / India overtakes China as most populous country by 2028: UN

The Economist does it usual shilly-shallying in reporting the latest UN World Population Prospects, focussing (as it always does) on the ageing of the population rather than on the massive social, environmental  and security challenges posed by a global population of over 10 billion. Even The Economist, though, can only bury the real story so far: global population growth is speeding up again. To be sure, it’s Africa not South Asia that will see the massive leaps in the next century but there is no escaping the implications for India which will be competing for resources with the world’s other 8 billion people. 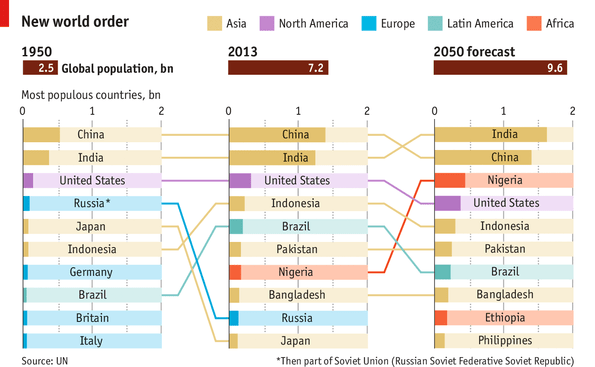